Paul Krugman's message isn't particularly subtle: the economy shouldn't be left alone. People like Krugman should be in charge of it.

That suits Krugman just fine -- after all, he's sure he's been right about practically everything over the past two decades.

And whether it's the Great Depression, the financial crisis, austerity, financial reform, Obamacare, or the minimum wage, Murphy shows that the evidence comes out against Krugman every time.

This book is not transcripts of the podcast of the same name, of course. It's a collection of Murphy's voluminous smashes of Krugman over many years and many subject areas.

And it will equip you to defend the economics of the free society against all comers.

Available in paperback, Kindle, and audiobook versions. (The audiobook is narrated by Tom Woods, co-host with Bob of the Contra Krugman podcast.)

In This Book, You'll Learn:

...why a sixth-grade term paper is better than Krugman's history of the Great Depression

...how austerity (the real kind, not tax increases) improved the world's economies

...that a frank Krugman admits his model didn't really work in 2008 – and didn't work in the Great Depression, either

...Krugman is just as wrong about climate science as he is about economics

...that Krugman's own textbook gets the minimum wage right, but his newspaper columns get it wrong

...deficits are fine (if Krugman's friends create them)

...why the stimulus package did not improve the economy

From the Foreword by Ron Paul

If there was a more prolific defender of the free market after the 2008 financial crisis than Bob Murphy, I don’t know who it was.

Bob refused to allow the conventional wisdom – namely, that the crisis was an indictment of capitalism and “deregulation” – to go unchallenged.

I’ve been delighted to speak at numerous events alongside Bob over the years, and I’m just as delighted to introduce this masterful collection to you. He is a tremendous asset to the liberty movement, and you will be glad to get to know his work. 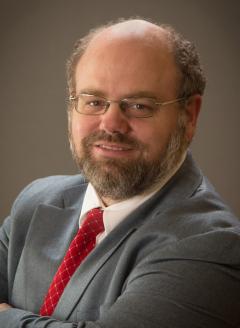 Murphy is one of the masters.

Robert Murphy joins Ludwig von Mises and Murray Rothbard in the ranks of master teachers. His complete command over the entire discipline of economics, mustered over more than a decade of study since earning his Ph.D. at New York University, makes him the ideal guide.

A tremendous asset to the liberty movement.

All those who share my belief that increasing understanding of sound economics is vital to the triumph of liberty owe him a special debt of gratitude.

No one can beat Murphy.

The cumulative effect of this book is not only to reinforce how confused and downright wrong Krugman has been over the years, but also to remind the reader of just what a talented economist Bob Murphy is. Krugman – and, more importantly, the school of economic ideas he represents – is decimated. You will become more knowledgeable, a better economic thinker, and a more formidable debater after reading this book.